The Pueblo of Tesuque has existed in the foothills of the gorgeous Sangre de Cristo mountains since as early as 1200 AD.

Tesuque is the Spanish variation of a traditional Tewa language name for “village of the narrow place of the cottonwood trees.” The beauty of the surrounding land has served as inspiration for countless native artists who craft beautiful paintings, pottery, clothing and silverwork.

The beauty of this magnificent landscape also contributed to the design and construction of the casino, with massive walls of windows giving every guest a front row seat to some of the most spectacular imagery that nature has to offer. Deeply rooted in Pueblo tradition, Tesuque Pueblo observes traditional ceremonies year-round, including the annual feast day of San Diego on November 12.

Tesuque Pueblo is also one of the smallest pueblos in the state, with a population of around 800, though the pueblo itself occupies more than 17,000 acres of land. Due to the age of the pueblo, it is listed in the National Register of Historic Places. This enchanting land has drawn the attention of authors and artists from outside the pueblo as well, having been either featured in, or the setting of several novels and countless pieces of artwork.

The Pueblo can be closed to the public at times, so please call ahead. All forms of photography are forbidden at the Pueblo.

Get a glimpse of Tesuque Casino below, then come visit us! 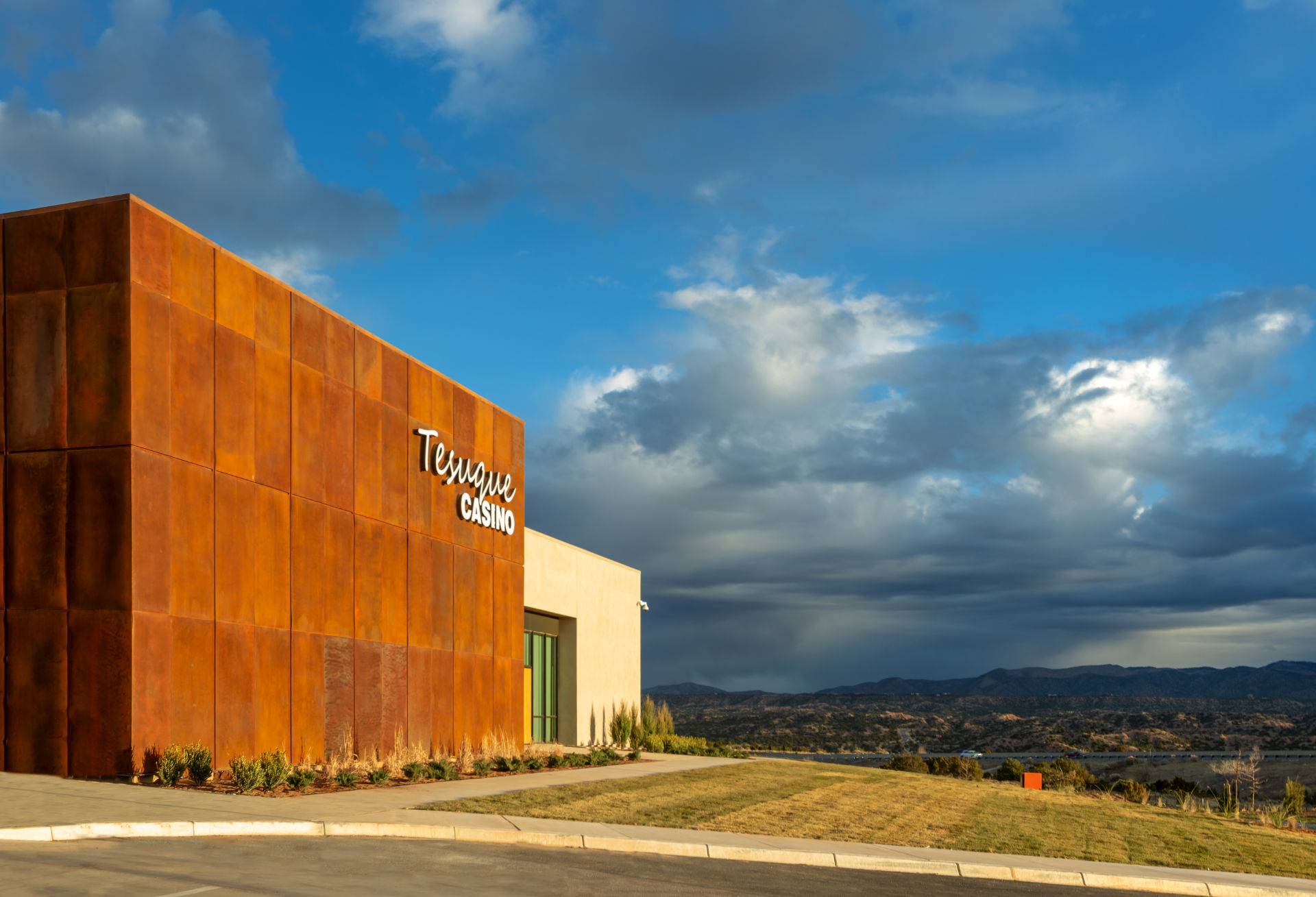